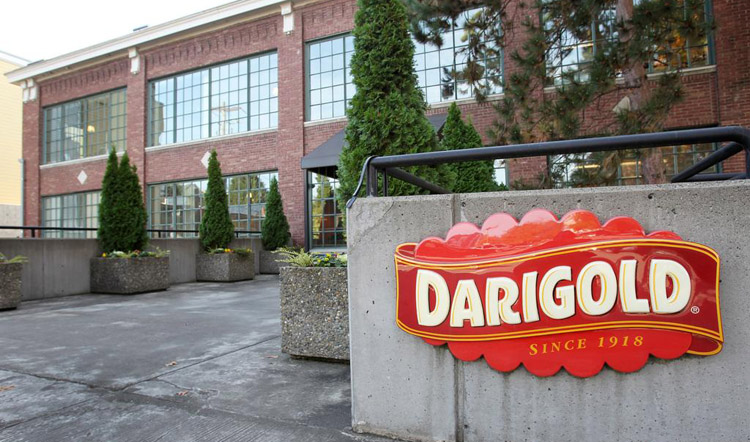 One of Washington’s largest private companies is relocating its corporate headquarters next spring.
Darigold said it will move from its current headquarters in South Seattle to the Georgetown neighborhood after its lease expires.
The farmer-owned co-operative will move employees into the Georgetown Squared development at 5601 6th Ave. S. in May and, in doing so, reduce its amount of office space by nearly half.
Darigold’s current headquarters is in at 1130 Rainier Ave. S. and measures approximately 62,000 square feet. It didn’t need that much space, said the co-op’s real estate broker Parker Ferguson of Flinn Ferguson.
Instead, Dairgold, which has more than 813 employees throughout Washington state and reported 2015 revenue of nearly $2.55 billion, will occupy 37,000 square feet in the newly renovated Georgetown Squared.
“I’m excited to increase the quality of our work environment at the new location,” said Stan Ryan, Darigold president and CEO. “The new building will provide a highly collaborative space, which will stimulate teamwork.”
Greenbridge Investment Partners has substantially invested in improvements at the five-story Georgetown Squared complex, which is connected by a glass-enclosed sky bridge to the Seattle Design Center.
In addition to the floor that Dairgold leased, Greenbridge has inked lease deals with energy efficiency programs and services provider ClearResult, Andersen Construction and office furniture supplier OpenSquare. In total, it has leased 89,000 square feet of the 280,563-square-foot office complex.

Wow look at this!

This is an optional, highly
customizable off canvas area.